DAY SIX OF THE 2019 CITY OF PERTH FESTIVAL OF SAIL

The semi-finals started in 8-10knots on a short race course with many spectator boats making for interesting obstacles. The semi finals were a first to two format with the winners racing each other in the final. In the first semi final match, Boulden’s time on distance forced him to return to the line which let Egnot-Johnson sail for the first win. The second semi final match for Egnot-Johnson and Boulden did not go the Kiwis way with an override causing them to go jib down. After a flurry of penalties, Boulden took the win leaving this semi at match point. The final race was a winner takes all situation. A split start saw Egnot-Johnson with the first cross but it was Boulden who took the win after taking Egnot-Johnson through the spectator area and getting a penalty on him. It would be Boulden in the final. 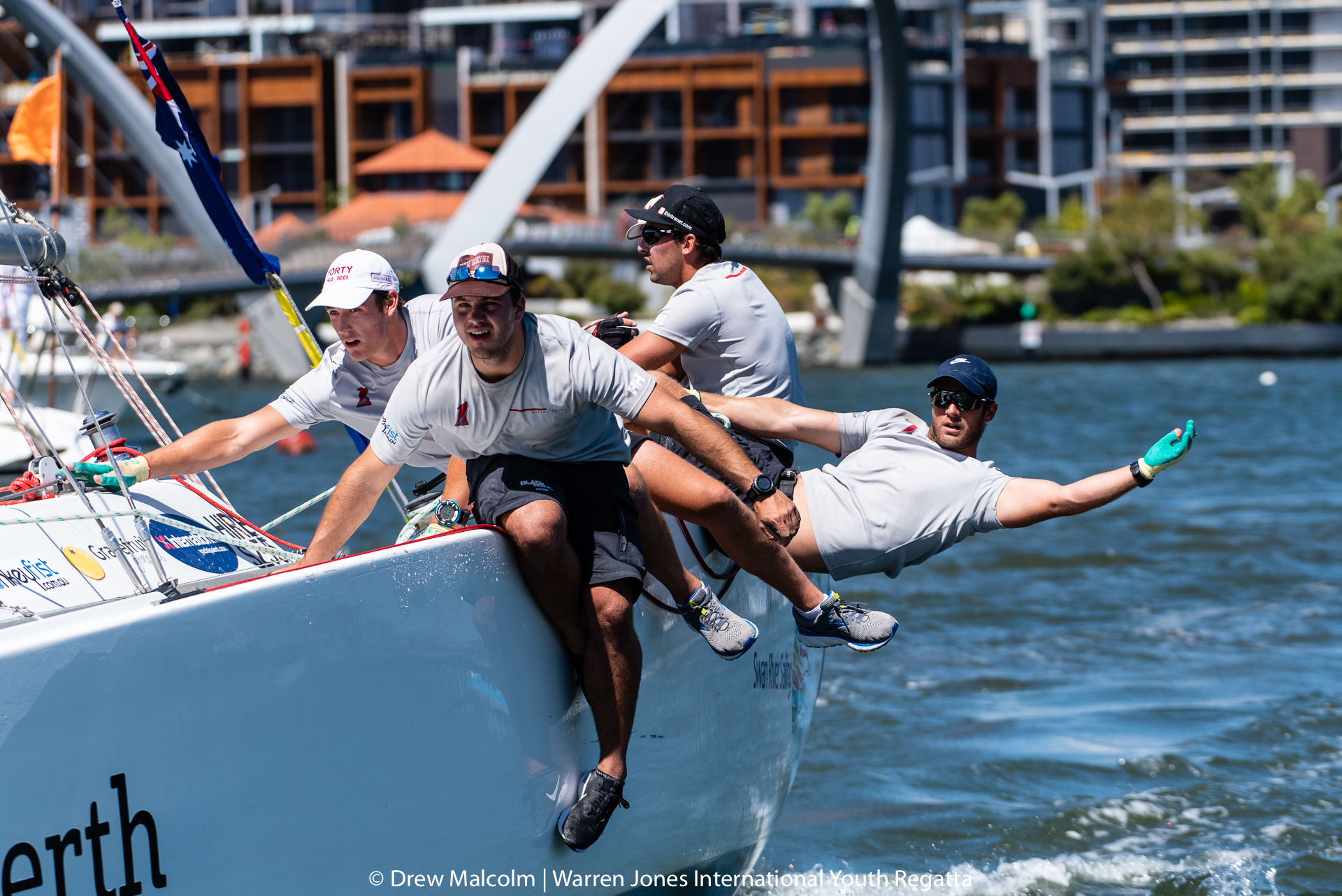 In the first match between Price and Van Beek, Price sailed away with a seemingly easy lead. The second match was the opposite with Van Beek in the leading position at the finish line. Having both semi finals at match point, the next race winner would take on Boulden in the finals. In a very close match, Van Beek took the win and secured his spot in the finals. 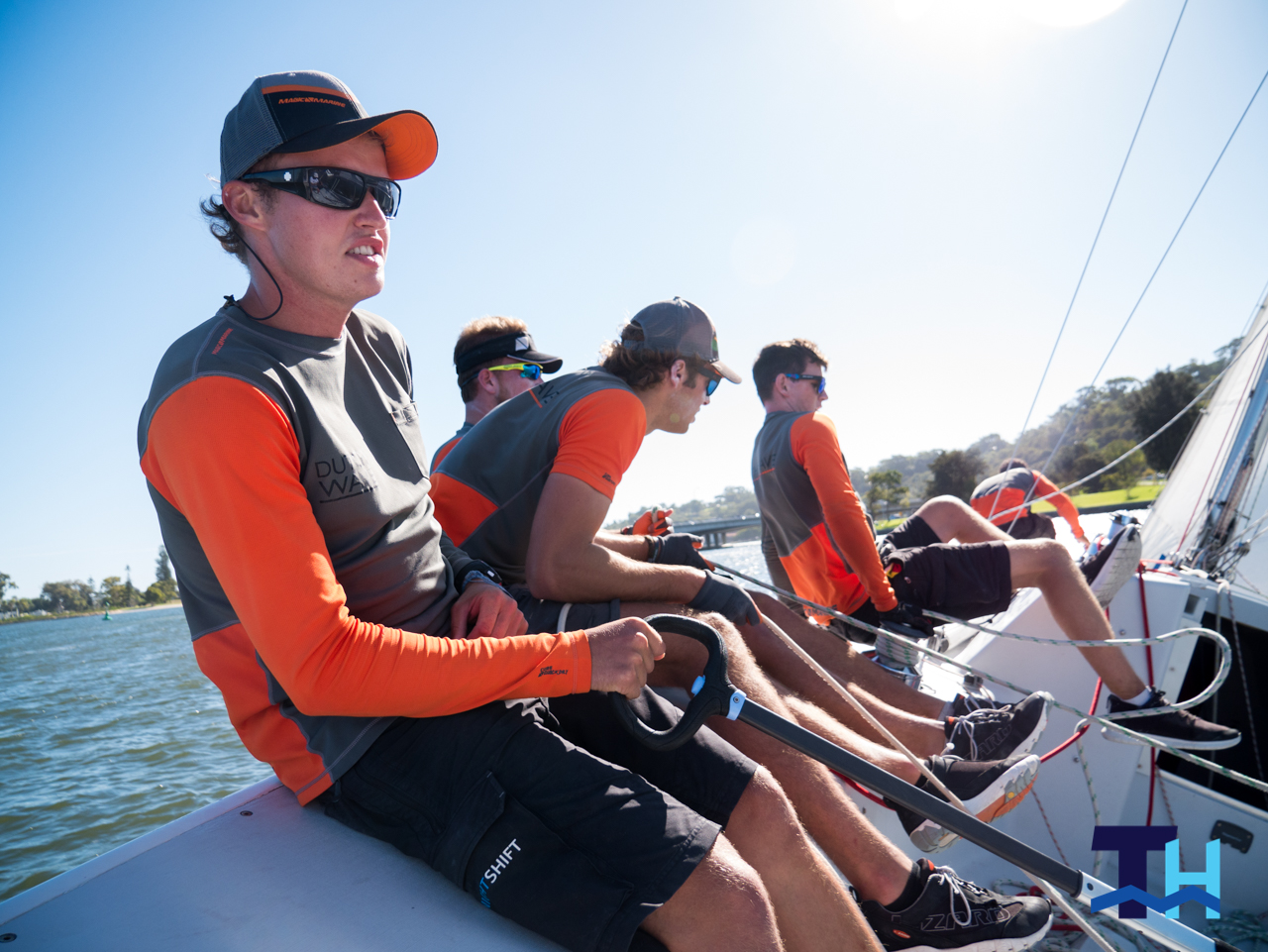 The petite final was raced between Price and Egnot-Johnson, with Harry and his team DownUnder Racing taking both matches against KNOTS Racing. The final was between Will Boulden’s Alpha Racing Team and Jelmer van Beek’s Team Dutch Wave. With a clean sweep, Van Beek and his Dutch Team took the Warren Jones Title 3-0. The teams practice and training showed in their boat handling and communications, with a clear and calm vibe on board during all three final races. Congratulations to Team Dutch Wave who have joined a credible list of names on the Warren Jones Trophy! 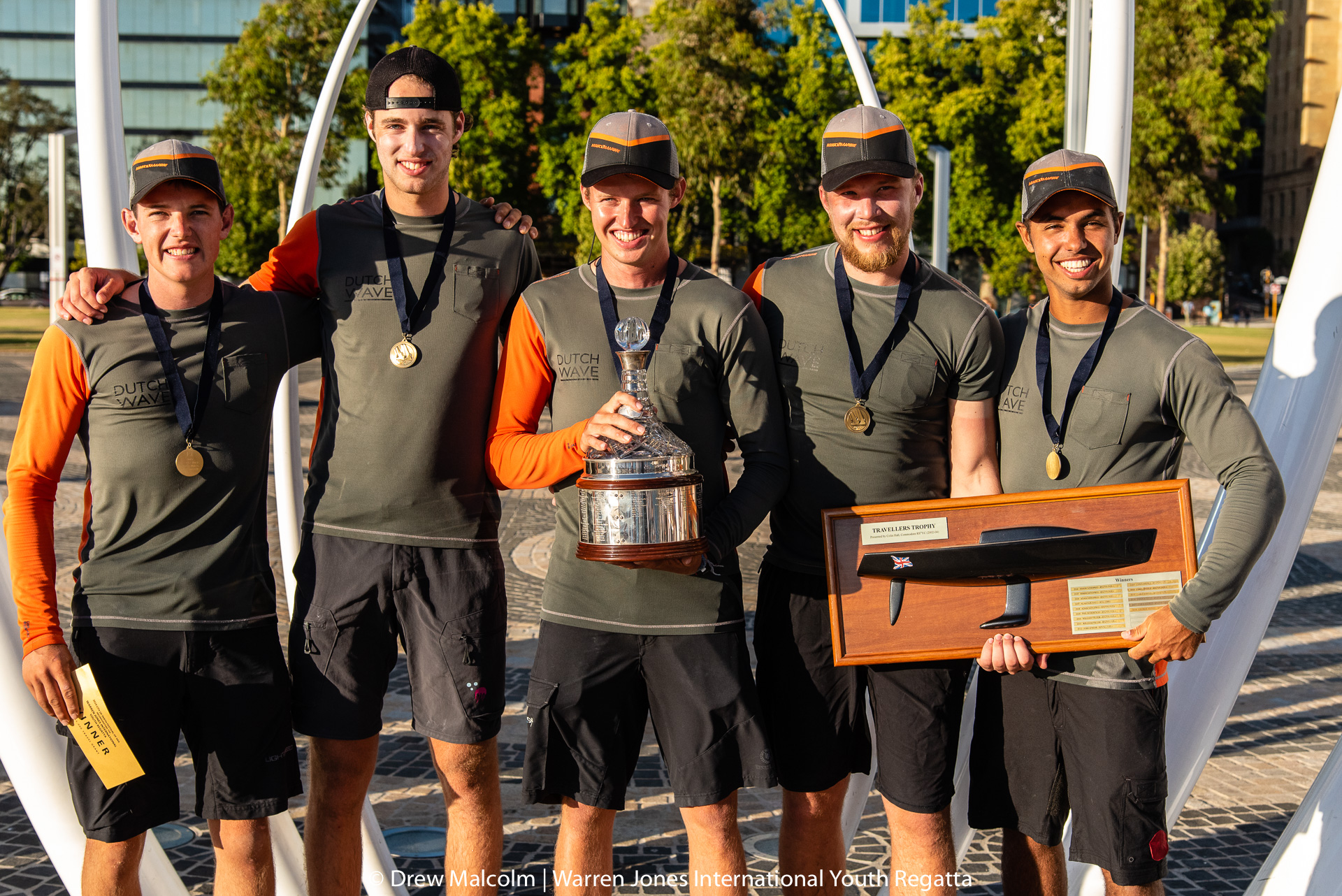 A huge thanks from organisers, Swan River Sailing, to everyone involved! Sponsors, Volunteers, On-Water Team, Umpires, Yacht Clubs (Especially host club Royal Perth Yacht Club),
Competitors, Suppliers, Friends, Families…. EVERYONE! This event would not be what it is without each and everyone one of you! Bring on #WarrenJones2020