THIS SEASON’S LINE UP 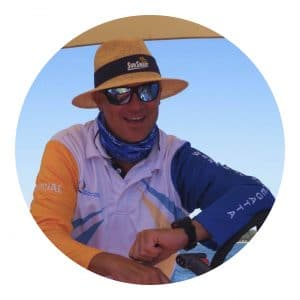 Well hasn’t 2020 been a ride? Just like many others, Swan River Sailing are gearing up to make the most of the remainder of this year and launch into 2021 at full speed. With less than one month until our first regatta of the season, I wanted to check in and let our ever supportive Perth Sailing Community know what we have install for you this season…..

With the support of host clubs, South of Perth Yacht Club, Royal Perth Yacht Club and Royal Freshwater Yacht Club, in addition to key sponsors, the Warren Jones Foundation and the City of Perth, plus the ongoing support of the greater community, Swan River Sailing are boasting a line up of TEN REGATTAS for Season 2020/21! 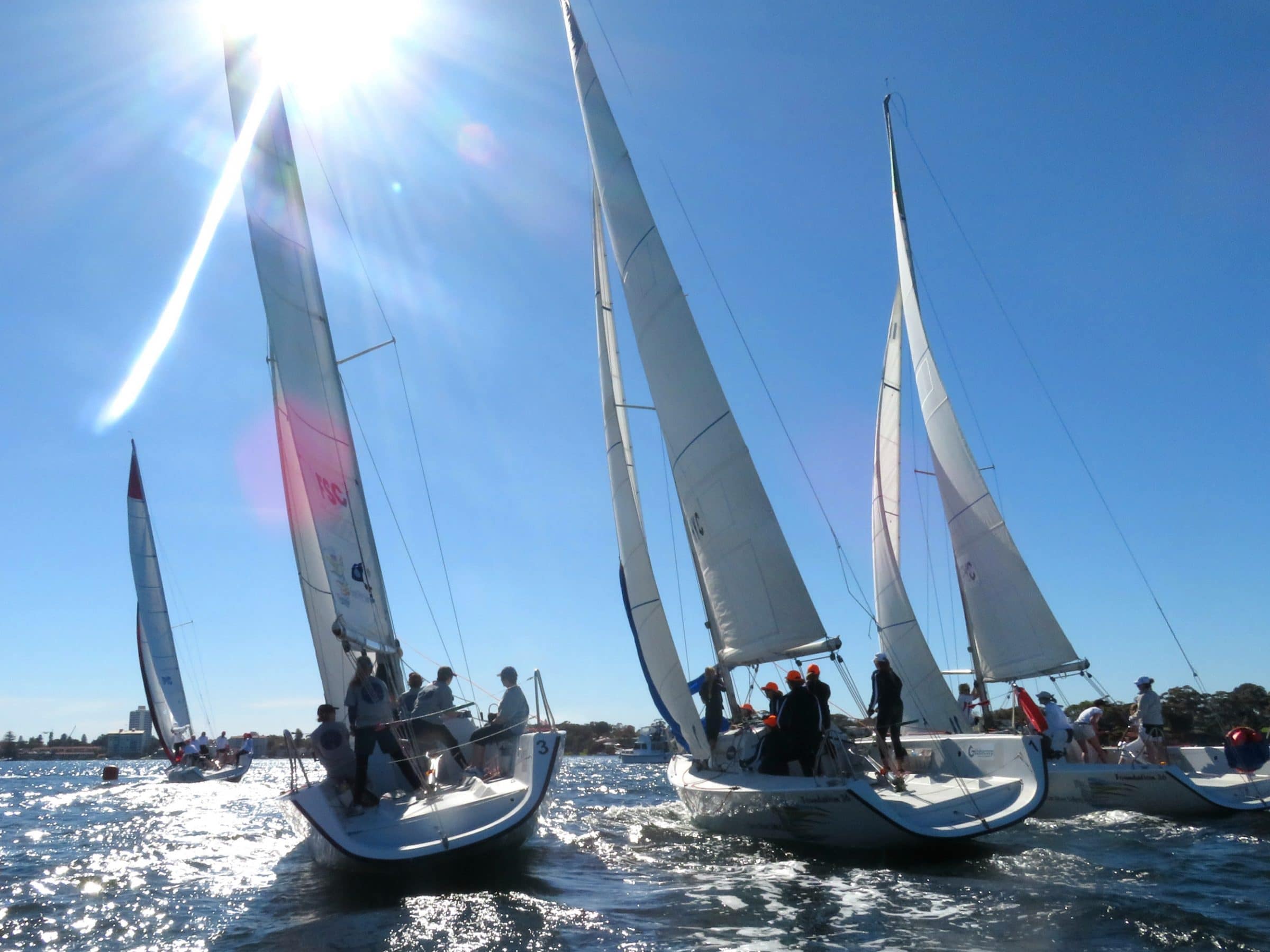 As we wrap up the year that was, we have managed to re-schedule a couple of the 2020 events that were collateral damage from the COVID-19 pandemic back in March 2020.

Kicking the season off with a triple-banger, South of Perth Yacht Club will be hosting three Swan River Sailing Regattas on 4, 5 & 6 December 2020.

On Friday, 4 December, we have a brand new edition to the line up; the Double Handed Swan River Regatta. Inspired by the preparation for the Paris 2024 Olympic Games, our season opener will see each yacht (weather permitting) sail with a full rig, have gender equal teams and must carry a capable observer. Racing will be a combination of pursuit style and windward leeward courses on a Friday summer evening (Friday, 4 December) with formalities post-racing ashore at host club, South of Perth Yacht Club.

Backing up the Double Handed Swan River Regatta will be one of our most popular and hotly contested events, the Womens State Keelboat Championships – which will be sailed as the 2020 edition – on Saturday, 5 December, also at South of Perth Yacht Club. Several teams have already been putting in the hours training on the Foundations over the last couple of weeks, and, the women will get a double-dose this Season with the 2021 edition of the event scheduled in for March as well!

And, finally, on Sunday, 6 December, we will see the first regatta of the 5-part WA Tour series, which will see overall podium placings winning a share of over $8,000! The rescheduled 2020 edition of the Youth State Keelboat Championships will set the pace for the WA Tour at South of Perth Yacht Club, with the 2021 edition of the event wrapping up the WA Tour in March 2021. 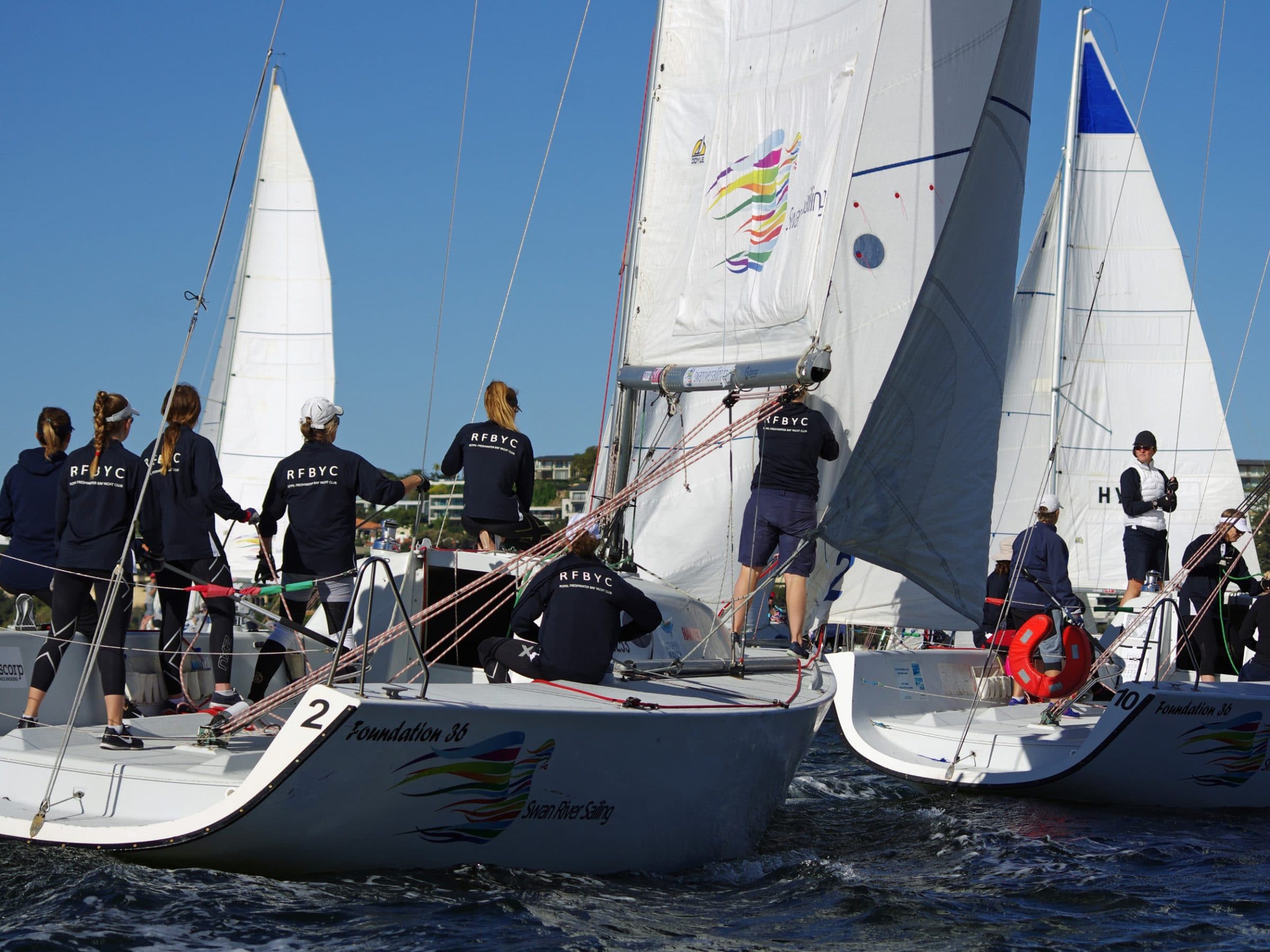 The WA Tour and Development Program is a new Season 2020/21 initiative presented by Swan River Sailing alongside the Warren Jones Foundation, supported by the City of Perth, for our state’s top male and female keelboat talent to have some hit outs over the summer.

The Development Program has already kicked off and will see mentoring both professionally and sport specifically. The prestigious Warren Jones International Youth Regatta will be on ice for 2021 with international quarantine a step beyond our reach, but the City of Perth Festival of Sail elements are scheduled to remain and include the Beach Clean Up, Women On Water, Corporate Cup and, of course, in a reconfigured format, a Gala Function on the afternoon & evening of Friday, 5 February 2021. 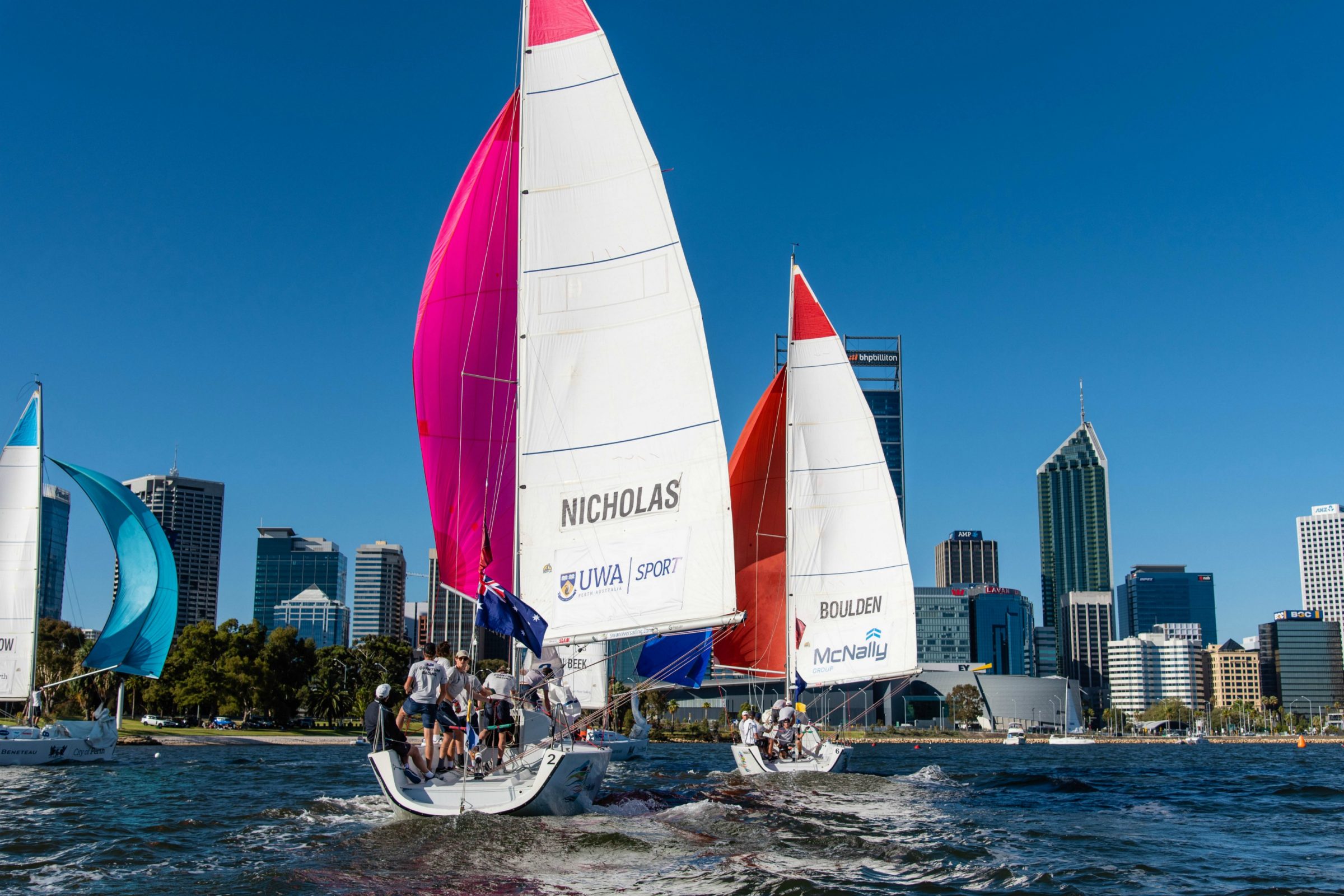 2021 will begin with a bang with the Colin Mullins Youth Regatta and City of Perth Youth Cup, hosted by Royal Perth Yacht Club on 28 January and 3-5 February 2021, respectively.

As we head into Autumn, we’re scheduled for a triple championship weekend with the evening of Friday, 19 March seeing the Champion of Champions return for Swan River bragging rights. This fan-favourite was scheduled for 2020, but, had to be put on hold for an extra year. In 2021, back for the first time since 2010, Royal Freshwater Bay Yacht Club will be the hosts and we welcome all members of the community to put a champion team together of ex or current legends, state class association champions, offshore champions or any other way you can configure an open team. Let’s see which class comes out on top? 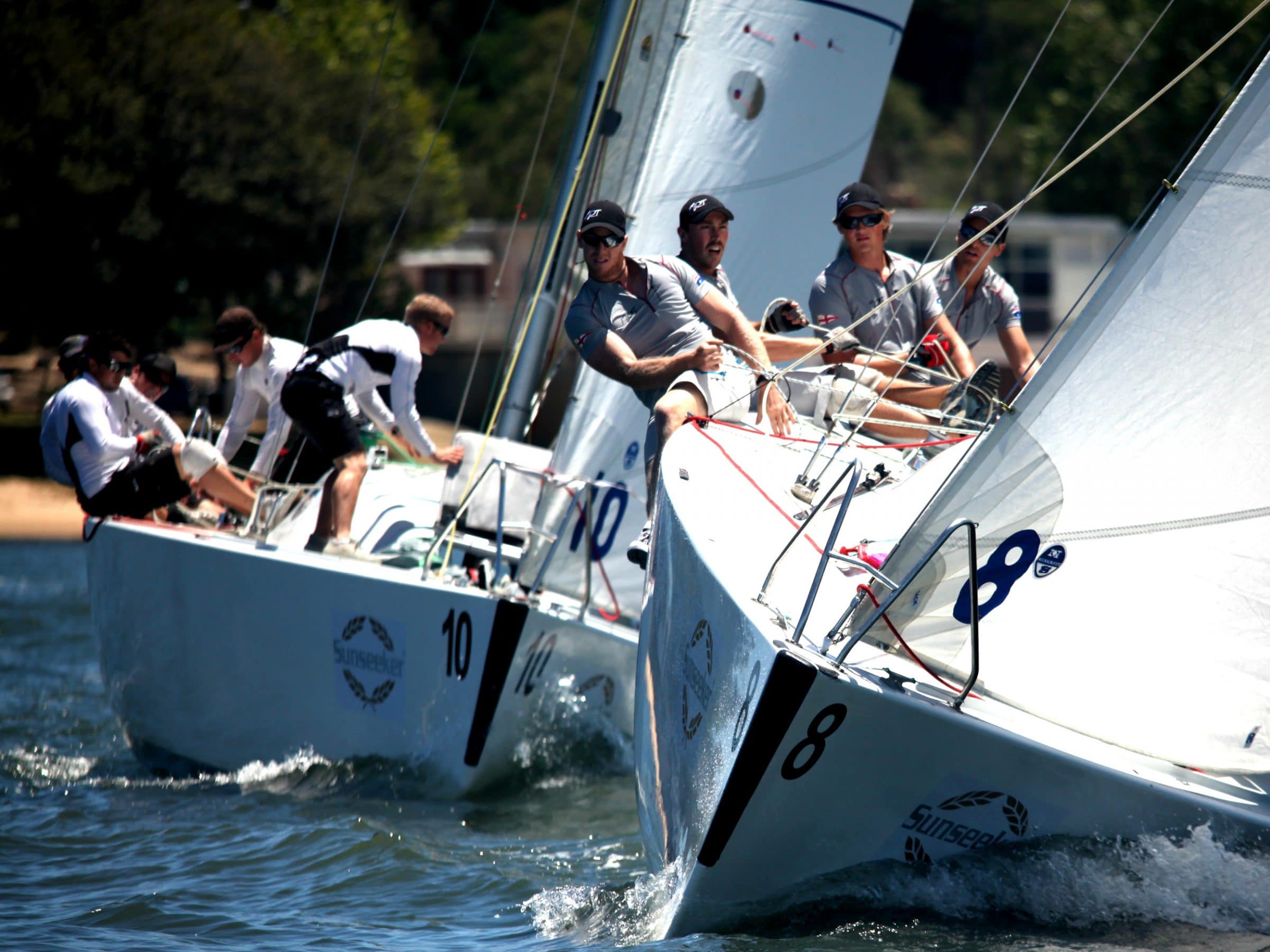 Following up the Champion of Champions will see the 2021 edition of the Womens State Keelboat Championships on Saturday, 20 March and, wrapping up the WA Tour, the 2021 Youth State Keelboat Championships on Sunday, 21 March 2021, both events hosted by Royal Freshwater Bay Yacht Club of course. Sunday will see the top youth teams in Western Australia battle it out for double points to decide the state’s best youth keelboat team!

Heading into April, the Inter Club Championships will be back again with country and metropolitan-based clubs fielding teams across four sessions, hosted by the Royal Perth Yacht Club. Friday, 16 April will see the veterans take to the water for Session One, Saturday, 17 April will have the women back out on the water for Session 2 and Sessions 3 & 4 will be sailed on Sunday, 18 April by the Opens. The perpetual trophies for Inter Club Champions and Country Club Champions will be awarded to the highest finishing team in their categories. 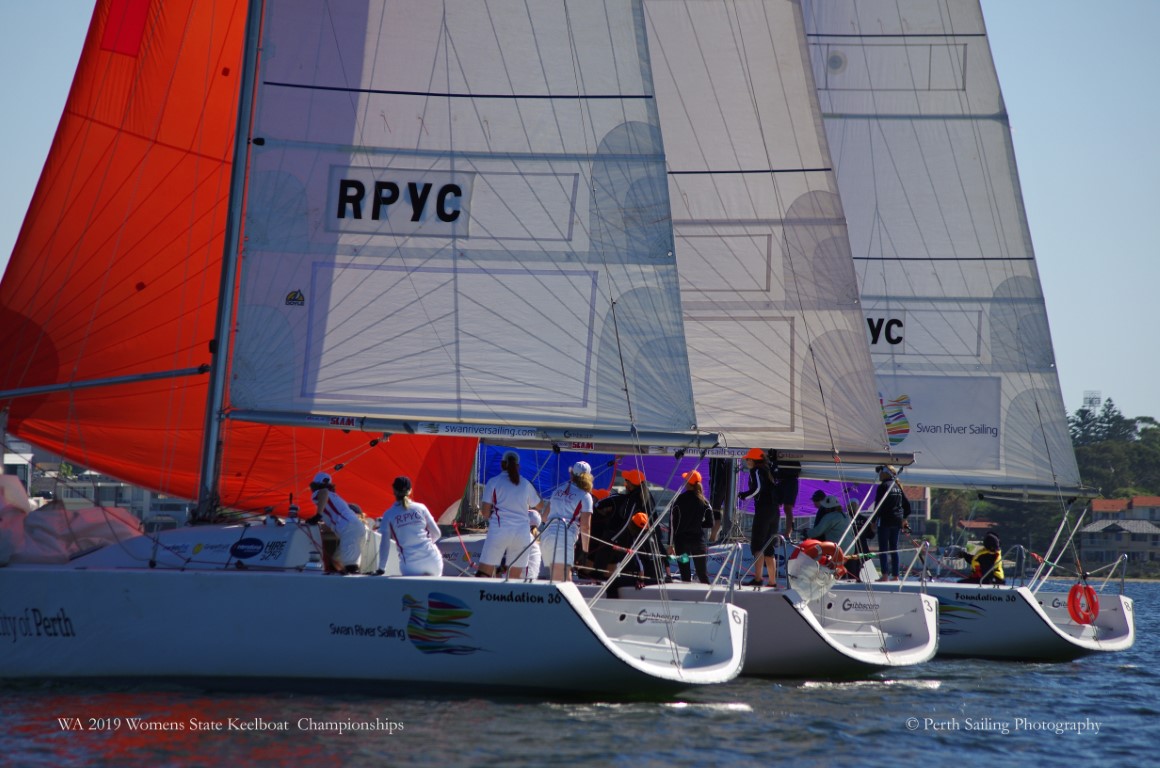 And, finally, lucky number ten, will see the long-running prestigious College Cup sailed on Sunday, 2 May at Royal Freshwater Bay Yacht Club, where teams of alumni represent the secondary schools and colleges of Western Australia.

Additional details, regatta documents and entry forms are available on the Swan River Sailing website  NOW – please make sure you register your interest as entries are strictly limited!

We also encourage clubs to display our Season of Events poster to assist with informing club members of the events. You can download the Season 2020/21 Poster Here.

An extra big thank you to all of our supporters and the greater Perth Sailing Community – the board of Swan River Sailing are excited to present this huge ten-event season and encourage you all to reconnect. Let’s get out on the water after what has been a challenging year for all.

Best of Luck, and we look forward to seeing you throughout the season! 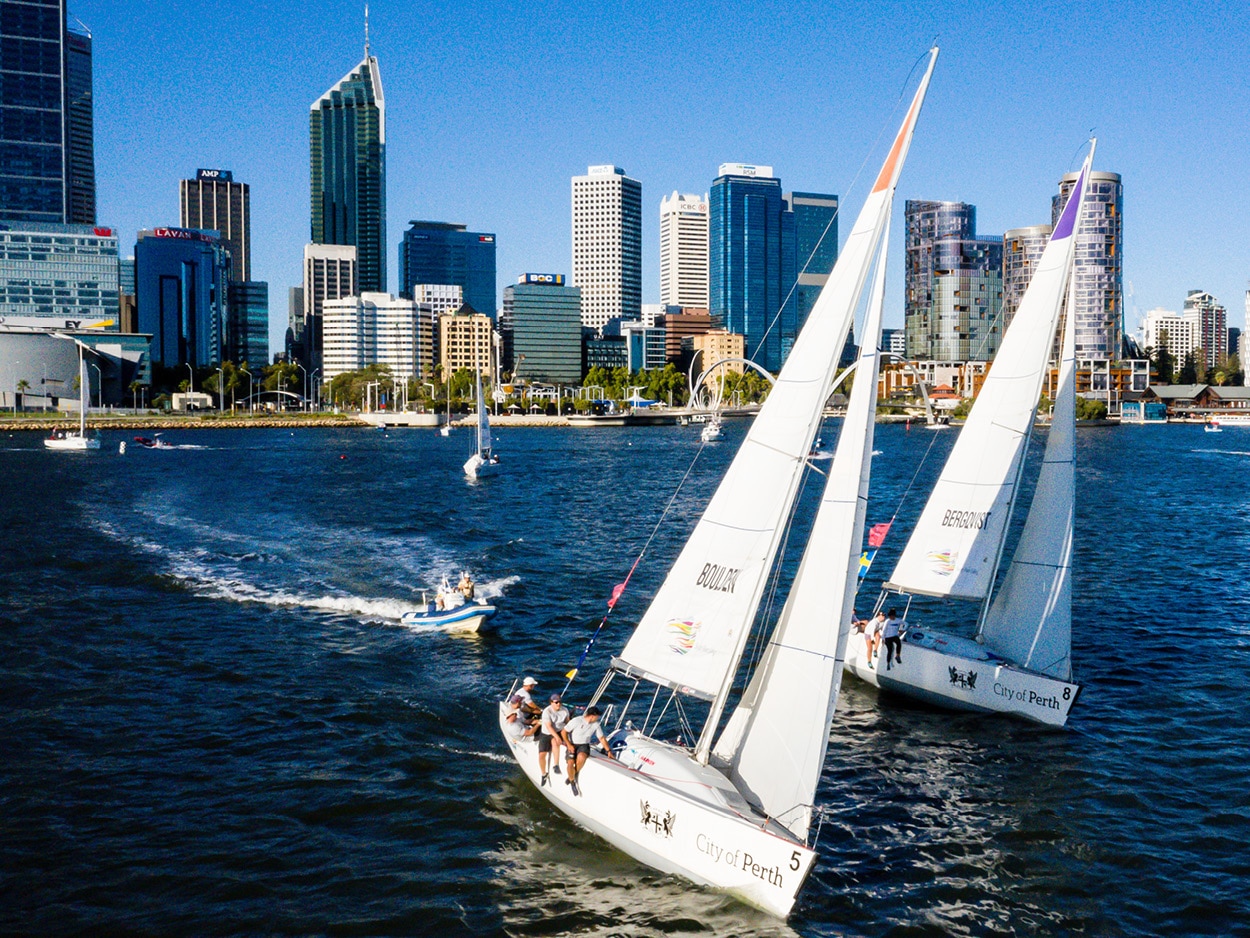 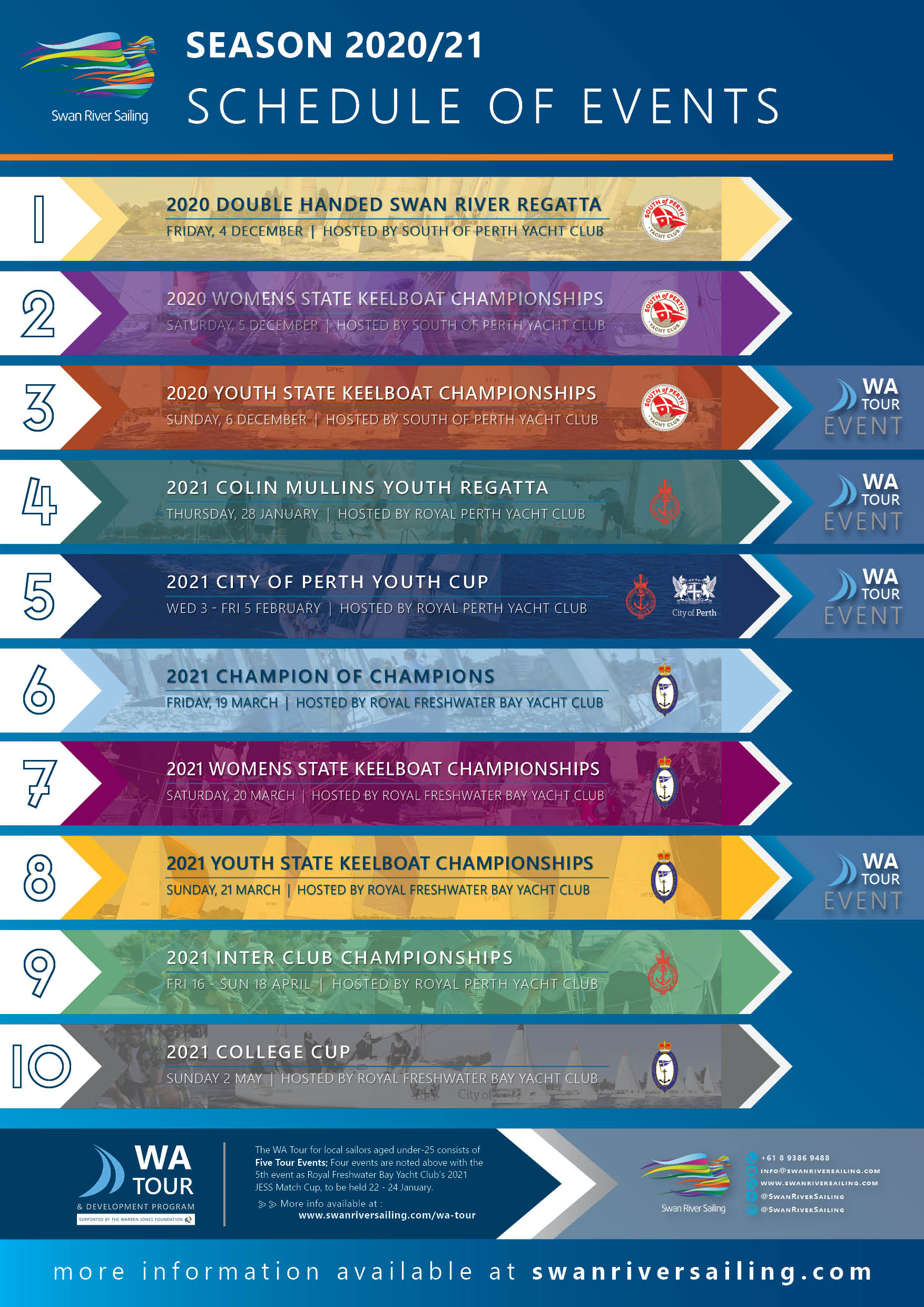