DAY TWO OF THE 2019 CITY OF PERTH FESTIVAL OF SAIL

Day two of the 2019 City of Perth Festival of Sail continued with another day of FREE sailing in Elizabeth Quay. Over 940 people were able to experience sailing in a fun and safe environment over the Australia Day Weekend. 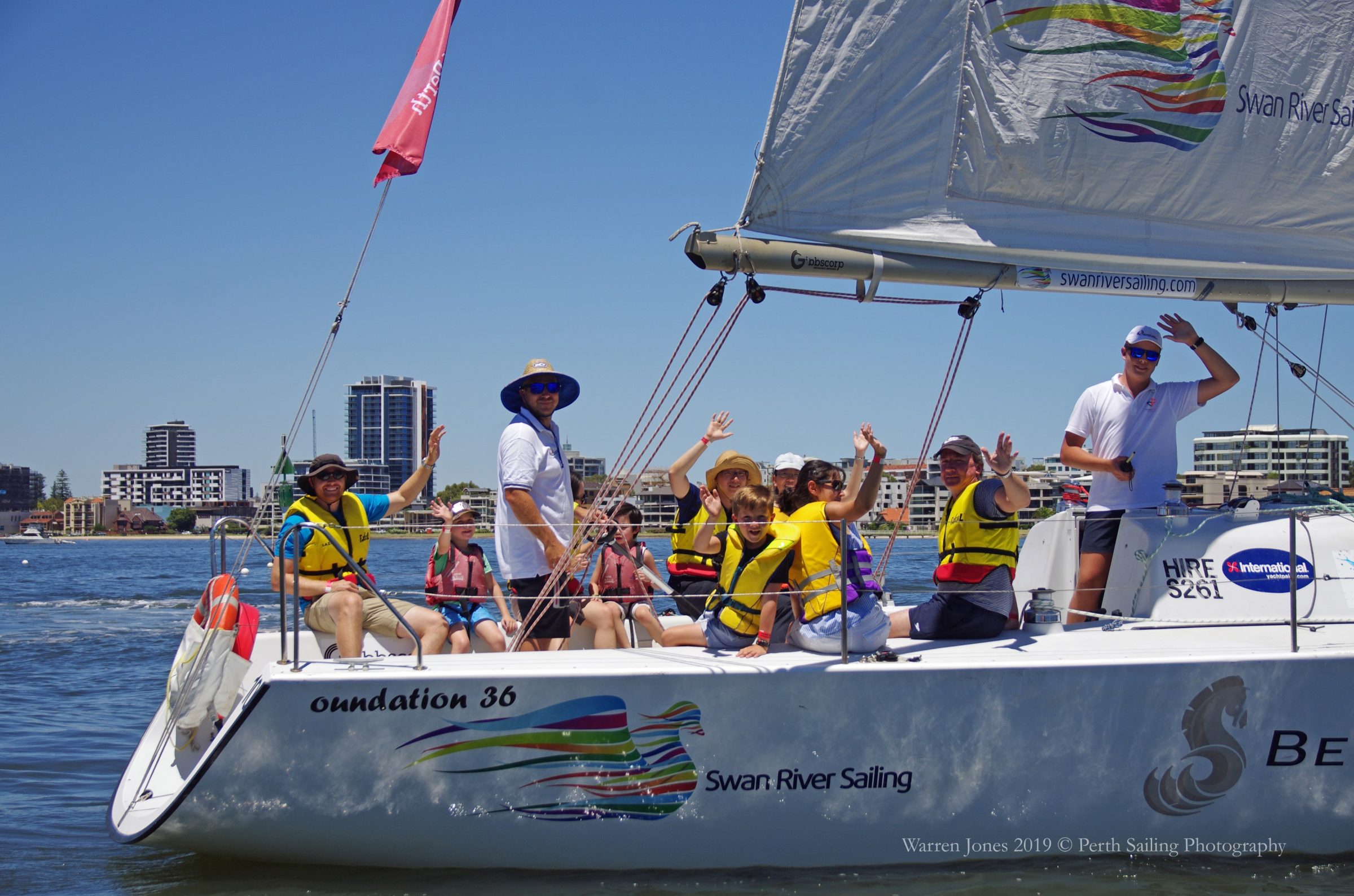 The 2019 Warren Jones International Youth Regatta began today with ten flights  of four races completed. All twelve teams got to experience typical Swan River sailing conditions, the sun was shining and at 39 degrees, the heat was on. The racing started in a light eight knot seabreeze which waxed and waned as the day went on, creating perfect match racing conditions.

Half way through the first round robin there are five stand out teams. KNOTS Racing from the Royal New Zealand Yacht Squadron Performance Program and Team Dutch Wave from Vereniging Watersport De Twee Provinciën won all of their matches today with six wins each. Following closely is Tom Grimes from The Cruising Yacht Club of Australia who won seven out of eight matches. Harry Price, world ranked number four and the current defending champion, from The Cruising Yacht Club of Australia and Will Boulden, the runner up from last years Warren Jones International Youth Regatta, from Royal Freshwater Bay Yacht Club are also showing strong performances.

Clare Costanzo and her all female team showed that they are to be taken seriously with three wins on the board after today. 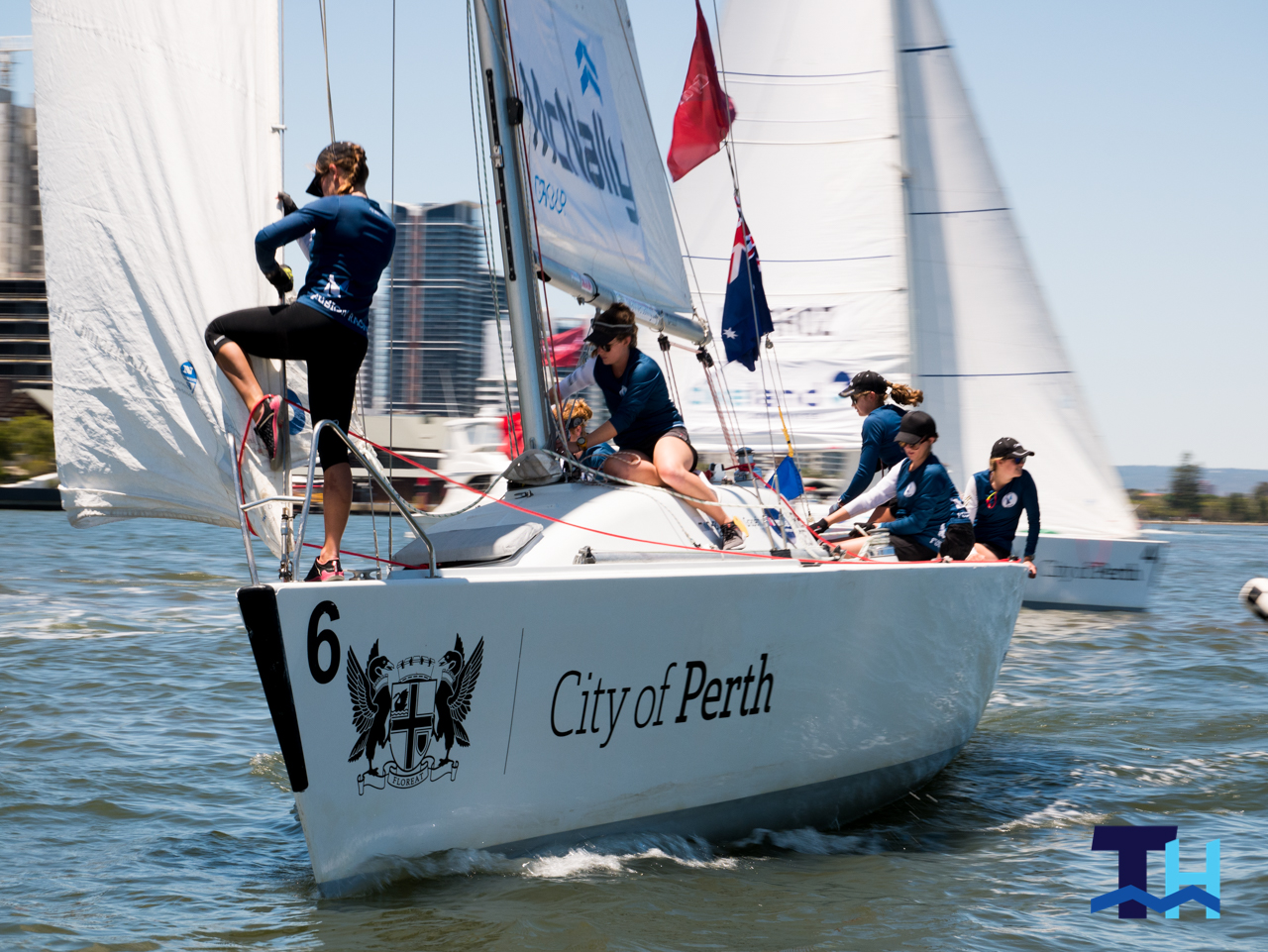 The depth in the field made for exciting races today including the battle between ‘David’  (Marcello Torre) and ‘Goliath’ (Harry Price) in Flight 9, Match Four. Seventeen year old, Marcello Torre from Royal Freshwater Bay Yacht Club came up against the 2018 Warren Jones International Youth Regatta Champion, Harry Price from The Cruising Yacht Club of Australia. Torre gave DownUnder Racing a run for their money with an early penalty in the prestart. Price was able to counteract the penalty but Torre managed to get the upper hand at the start gun. Torre’s lead was enough to carry him through the race and cross the finish line ahead of the defending champion. 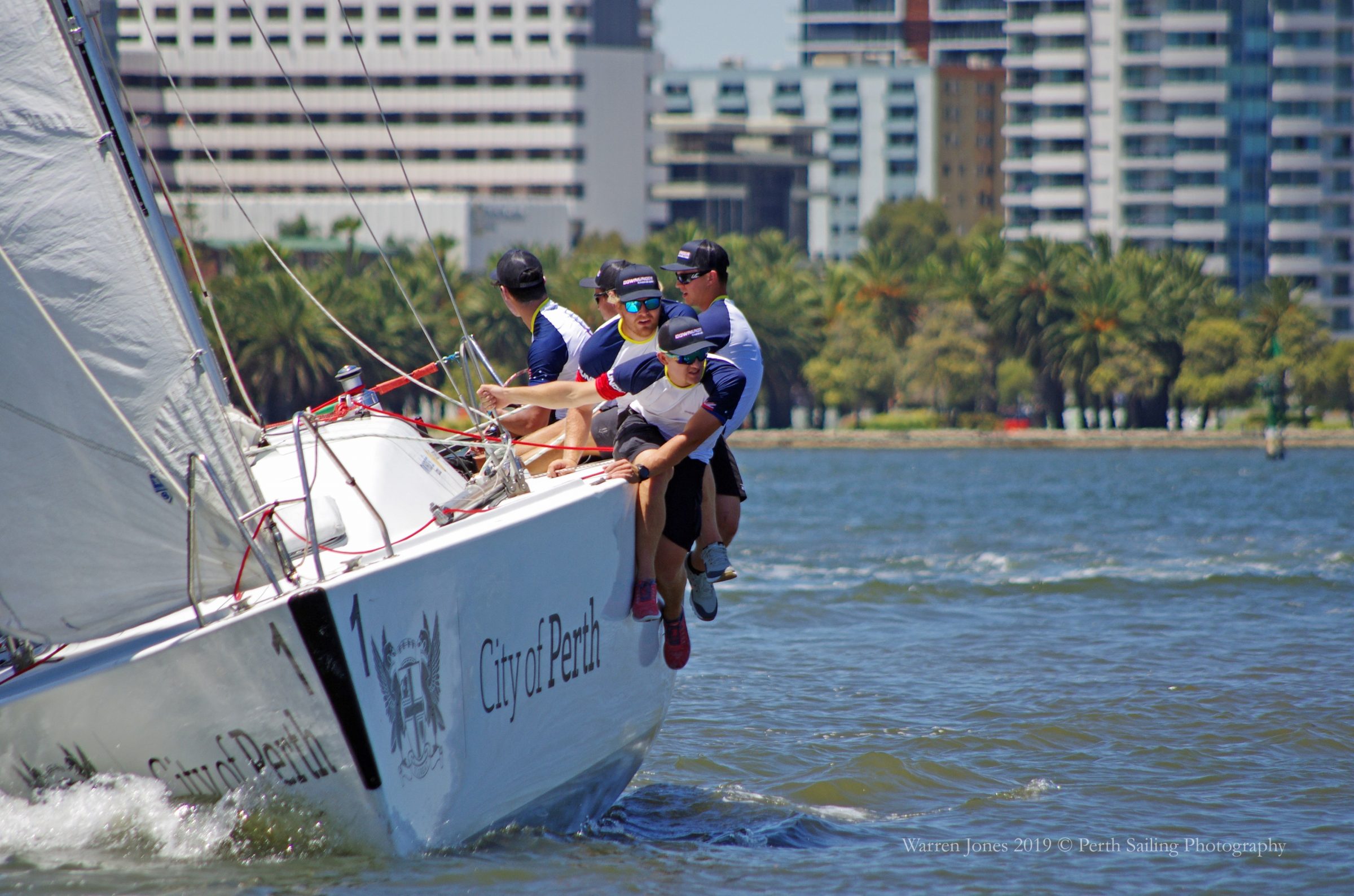 Another exciting match was Boulden v Grimes in Flight Four, Match Four. Grimes put a penalty on Boulden in the prestart. Boulden led the race but wasn’t able to create the opportunity to wash off the penalty. In a flurry of manoeuvres, Boulden attempted to squeeze in his penalty but Grimes was right there to ensure that he couldn’t and took home the win.

The boat handling of the more experienced teams proved to be an invaluable asset. We are looking forward to seeing the improvement of the teams boat handling as they become more familiar with the specifics of the Foundation 36’s over the next four days.

Racing starts again from Flight 11 at 12pm local time tomorrow. The 2019 Warren Jones International Youth Regatta features over 270 exciting short races! The weather forecast looks ideal so make sure you get down to Elizabeth Quay or tune into the live commentary to keep up to date.