The City of Perth Festival of Sail continued on Wednesday, 31st January. It was a really tough day for Race Management on day three of the 2018 Warren Jones International Youth Regatta with shifting light winds all day on Perth Waters. PRO Kim Laurence and his team were fully tested as the faint breeze flicked around from East to South and back, playing havoc with course setting. This coupled with high and low tides due to the full moon provided a new test for the twelve competing teams. 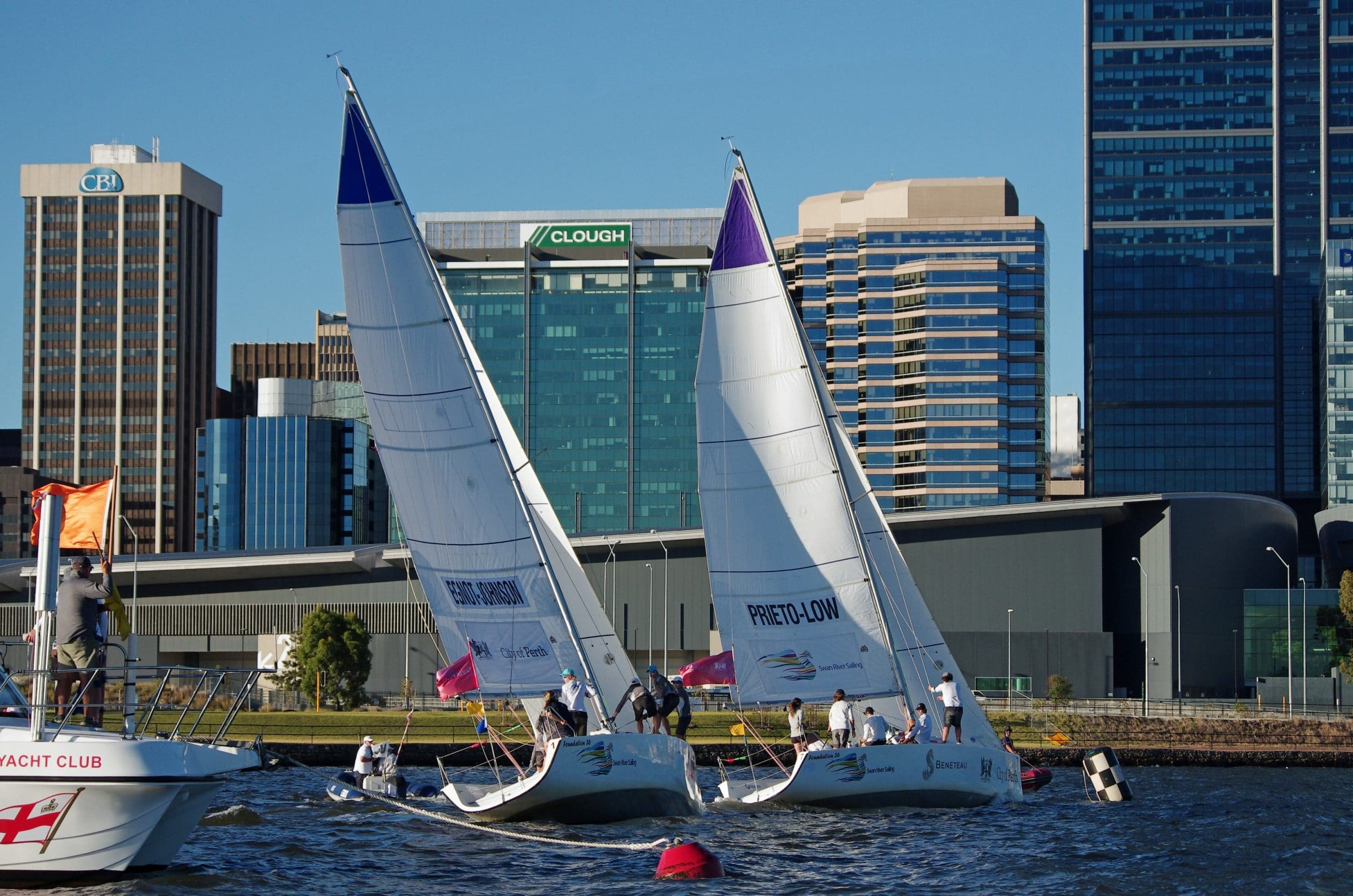 The crews have been bashed by two days of medium to strong breezes which benefited the bigger, stronger teams, however, the lighter crew combinations added a new dynamic to the racing. A number of teams have mixed male / female crews and two teams have very young tacticians learning from the best of youth skippers.

Will Boulden and his Alpha Racing Team from Royal Freshwater Bay Yacht Club continues to tick off the wins in Round Two with fourteen year old Will Drew riding as after-guard. The two Will’s stand at four wins and no losses in Round Two.

Jelmer van Beek and Team Dutch Wave have Arienne van de Loosdrecht working the pit and thirteen year old local sailor, Jared Clark, on the back of the boat. Jelmer’s team won all three matches raced today to be in the mix for a semi-final spot. 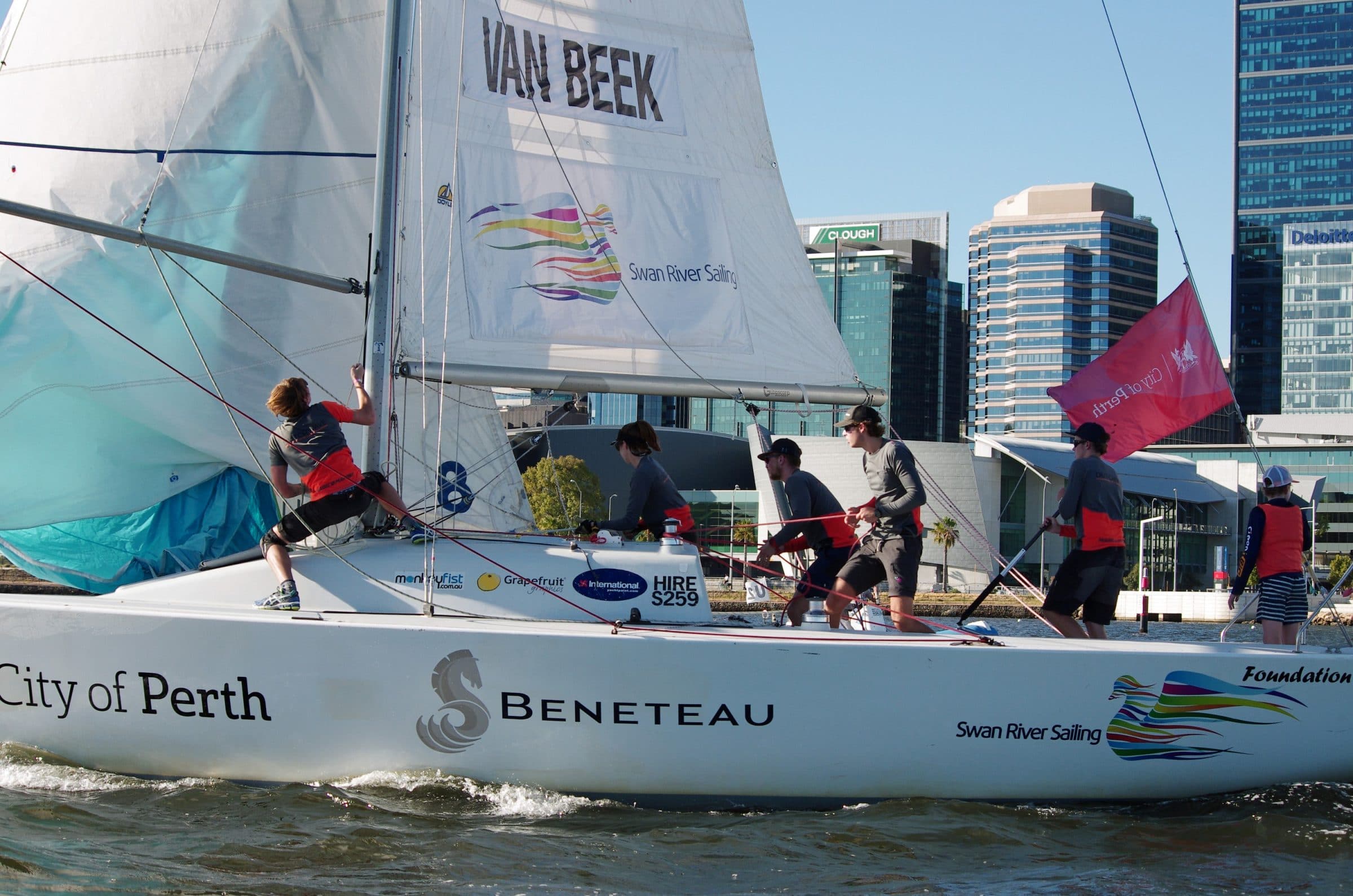 Harry Price and Downunder Racing from the Cruising Yacht Club of Australia, in Sydney, continue to add to his win tally today with a very experienced match racing crew. His four from four races means he is breathing down the neck of Will Boulden at the top of the leaderboard.

Nick Egnot-Johnson, one of the teams from the Royal New Zealand Yacht Squadron Performance Programme, has a team of teenagers onboard including Charlotte Porter on trim. Nick and his team have progressed in Round Two with three more wins on the board.

Also improving in the lighter airs is female skipper Clare Costanzo and her team from Royal Prince Alfred Yacht Club, including Jessica Angus as floater. Clare’s team took two scalps in James Wilson and Conor Nicholas on day three of the regatta.

James Hodgson who comes from Mooloolaba in Queensland, but, sails with the Cruising Yacht Club of Australia Youth Sailing Academy, holds a 57% win rate in Round Two, leaving him in contention for a semi-final position. James won a real classic match race against Conor Nicholas and his South of Perth Yacht Club team in a real nail bitter in the soft conditions.

Sailors and volunteers then retired to the Royal Freshwater Bay Yacht Club for a barbecue and to watch the full blood, blue moon set over the City of Perth skyline, whilst the event sponsors and other iconic Perth businesses, competed in the City of Perth Festival of Sail‘s newest event, the Corporate Cup, with Patersons Securities finishing the night on top! 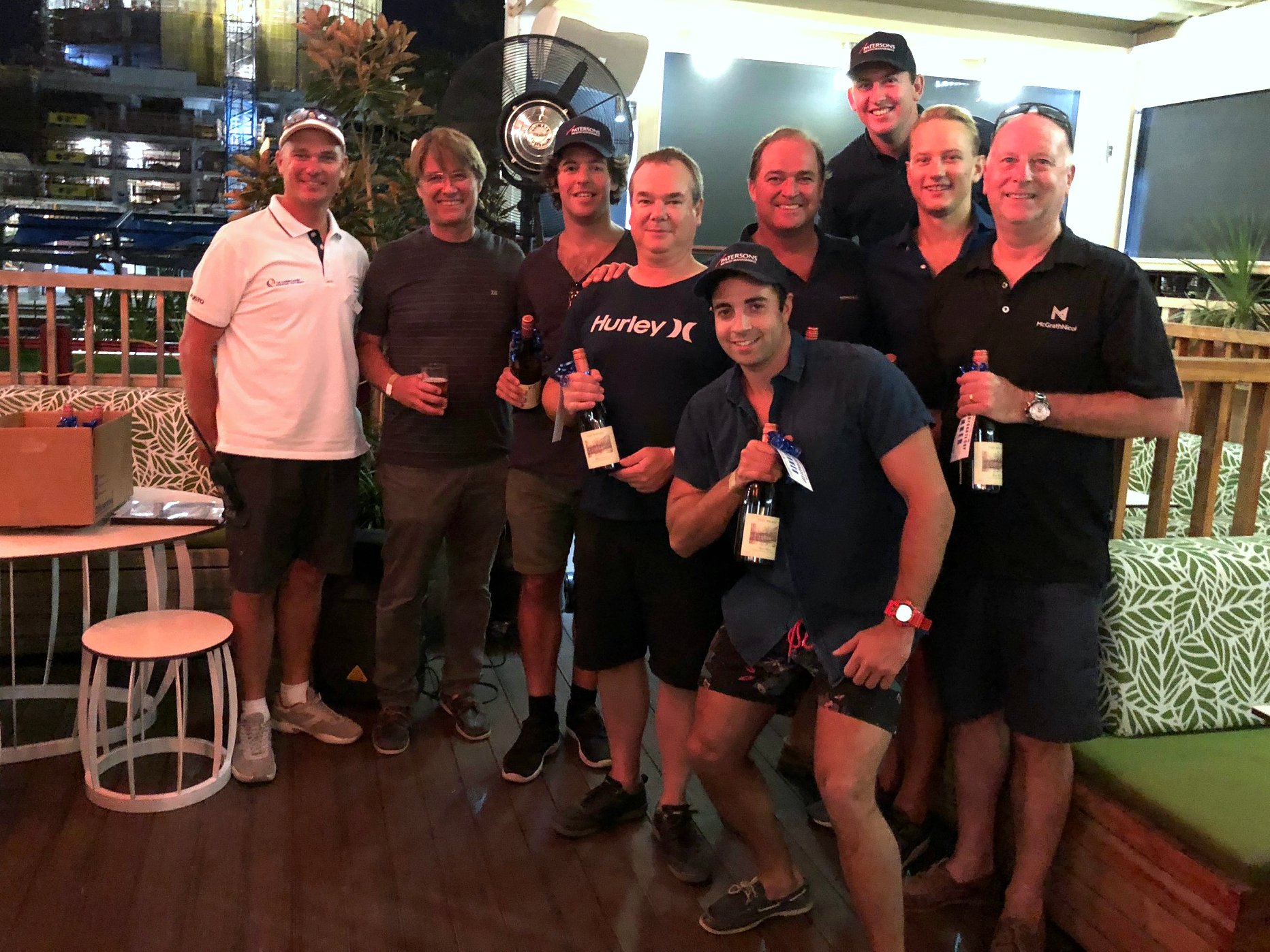 The 2018 City of Perth Festival of Sail will continue tomorrow with Racing Day Four of the Warren Jones International Youth Regatta which will kick off again at 12:30pm local time with race management hoping to get through all of the flights for the second Round Robin.

But, before the racing, the City of Perth Festival of Sail have teamed up with Keep Australia Beautiful, Friends of Elizabeth Quay and the Department of Biodiversity and will be conducting a Beach Clean Up along the Perth Foreshore.