2020 City of Perth Festival of Sail 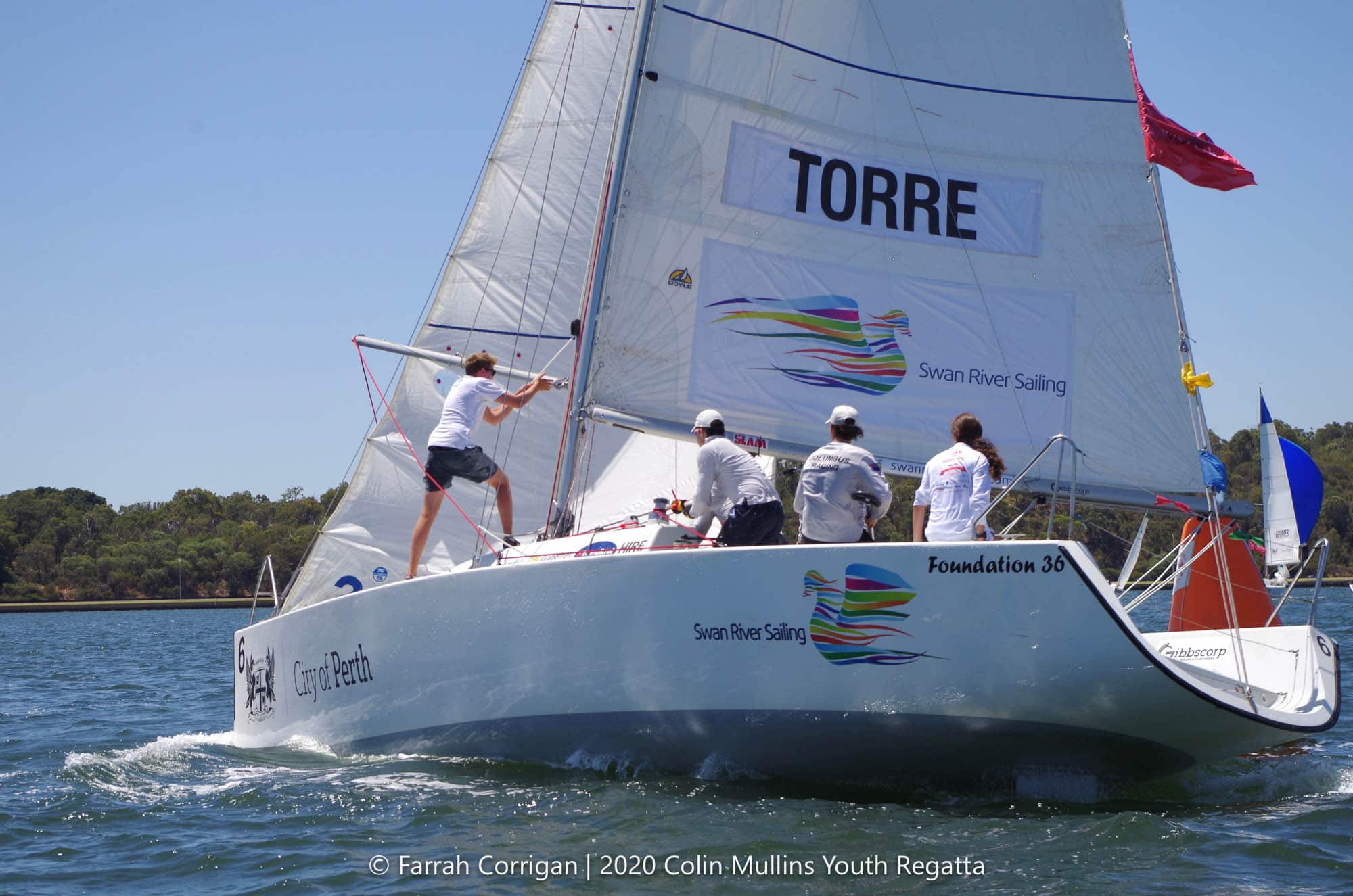 The 2020 City of Perth Festival of Sail is back again for the fourth time in a row will be taking place until Friday 1st February. The event kicked off on Friday when the final entrant for the 2020 Warren Jones International Youth Regatta was confirmed through the local, one day qualifying event, the Colin Mullins Youth Regatta, hosted by Royal Perth Yacht Club. The day was fast paced with tight competition between four local teams and four travelling teams as a pre-cursor to the the 18th edition of the Warren Jones Regatta. 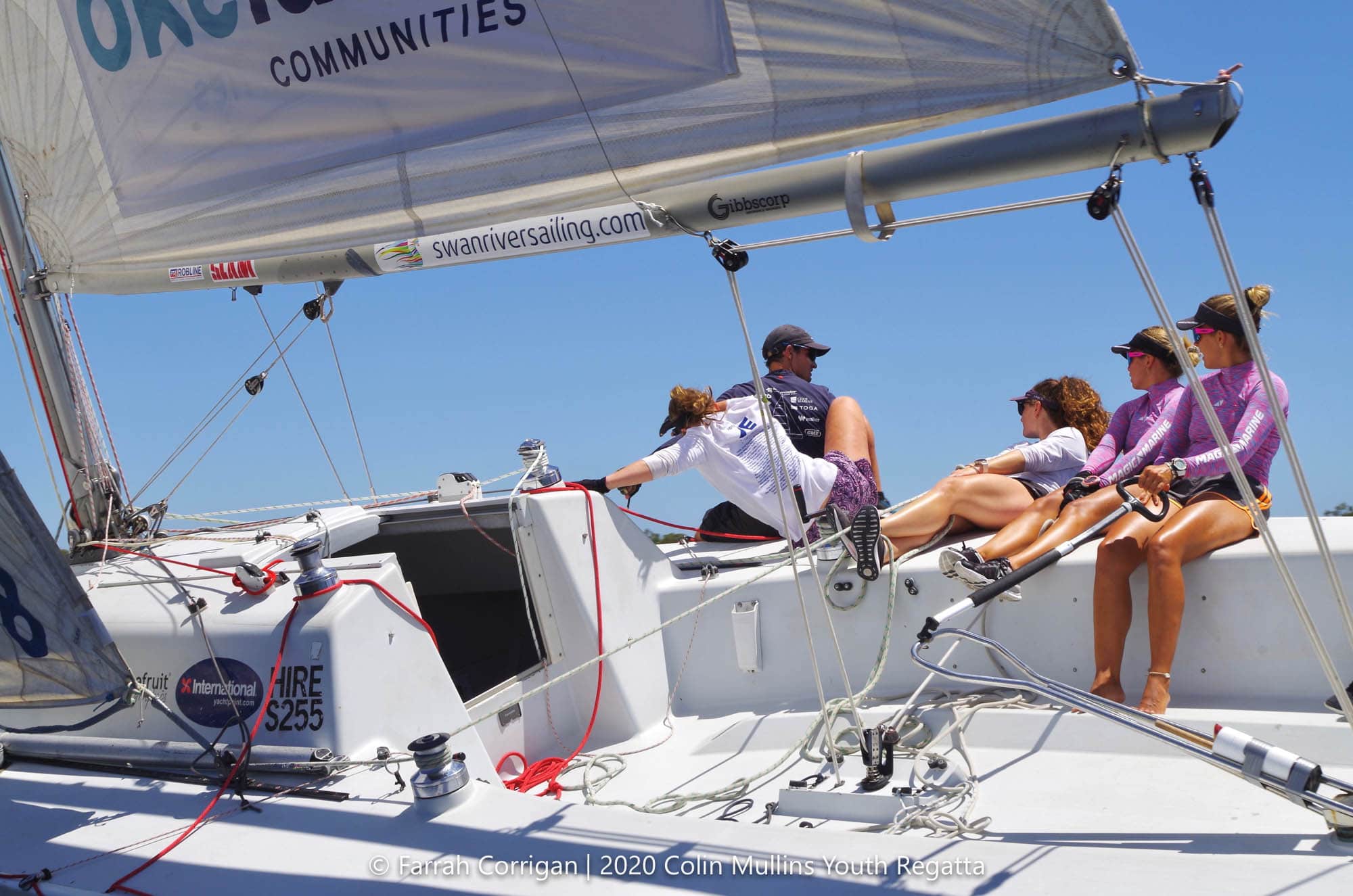 Aurélien Pierroz from Société des Régates du Havre took out the 2020 Colin Mullins Youth Regatta title, winning 2-1 over Cruising Yacht Club of Australia’s Tom Grimes. Marcello Torre 6th and head of Kaiella Taylor & Murray Buchan, who, were all vying for the final spot in the Warren Jones Regatta. By securing this spot, Marcello would then line up the following week in the 2020 Warren Jones Regatta alongside 11 other teams, where racing would take place in Perth Waters, just outside Elizabeth Quay and hosted by Royal Freshwater Bay Yacht Club.

Follow the link for the full standings of the 2020 Colin Mullins Youth Regatta: https://www.swanriversailing.com/colin-mullins-youth-regatta-results/ 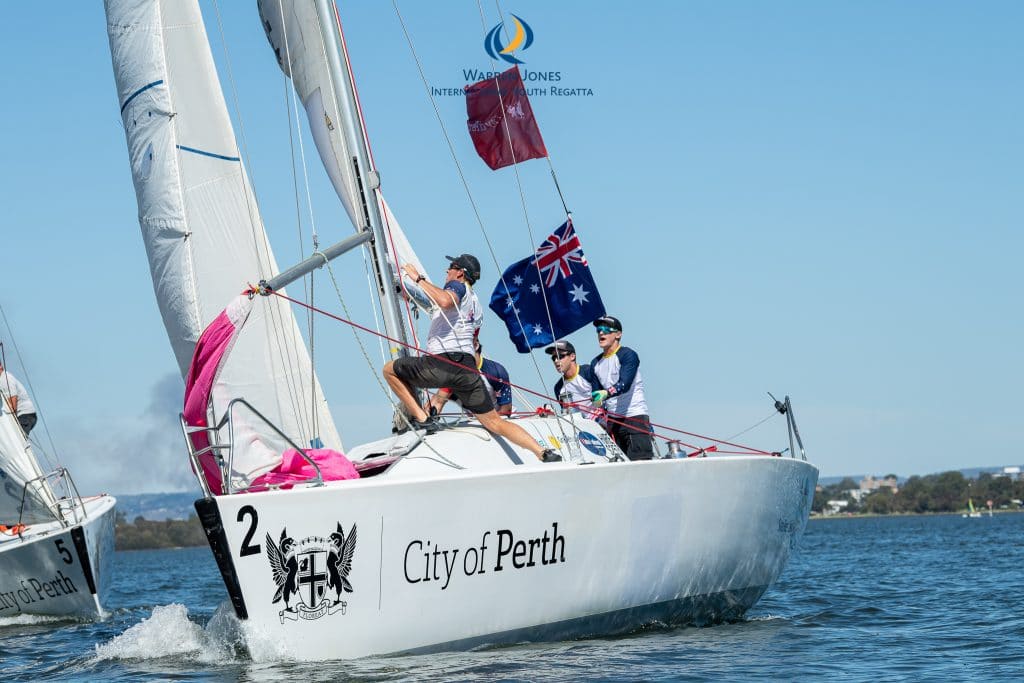 After the Australia Day celebrations, the City of Perth Festival of Sail kicked off again with free sailing in Elizabeth Quay for members of the general public aged 4 and over. There were Tackers for the little ones on the colourful Optimists and then experiences on the keelboats for ages 5+ so the whole family could enjoy together. This initiative has been running for 3 years now as part of the City of Perth Festival of Sail and has provided experiences to over 1,600 people!

Yesterday was also the first day of the 2020 Warren Jones International Youth Regatta. The teams arrived bright and early for weigh in at the Swan River Sailing office before their official team photos were taken by international yachting photographer, Drew Malcolm, who is back in town again to manage the media for the event. The teams, volunteers and officials then had their first briefing before jumping onto vessels and making their way to the race course in Perth Waters. 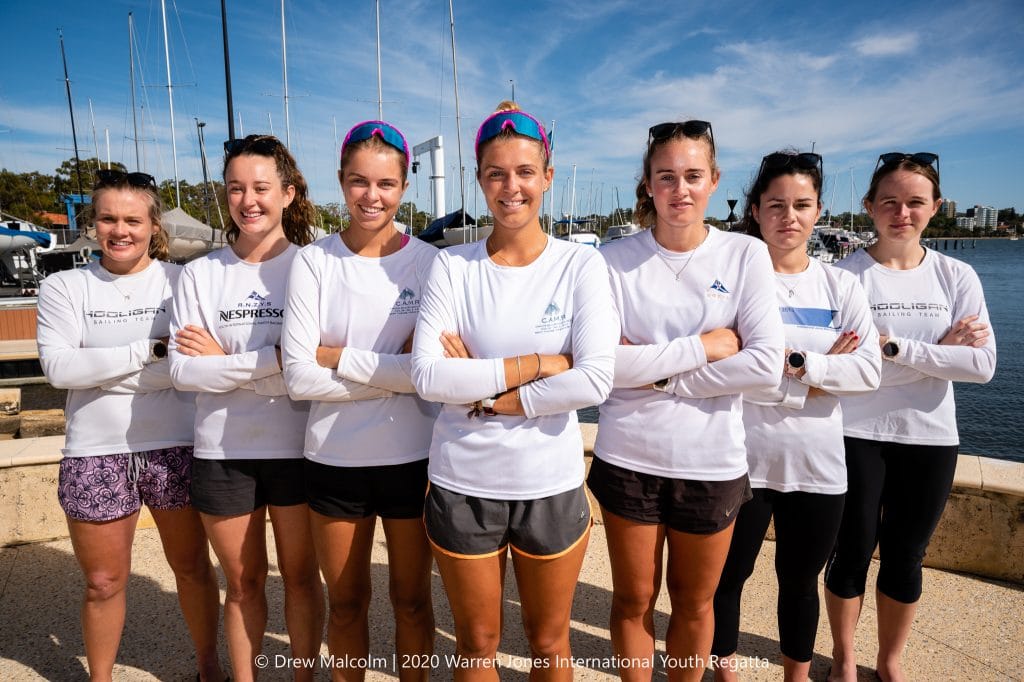 For day one of the 18th Annual Warren Jones International Youth Regatta, Perth brought the heat! With 40º temperatures and a light sea breeze, the racing was intense and exciting.  It was a tactically challenging course with the favoured side changing from match to match.

This meant that the sailors had to be quick thinking and adaptable throughout the day.  Jeffrey Peterson (USA) and Perth local Will Boulden (AUS) both finished the day with five wins under their belt, whilst Harry Price (AUS) was undefeated in his four matches. 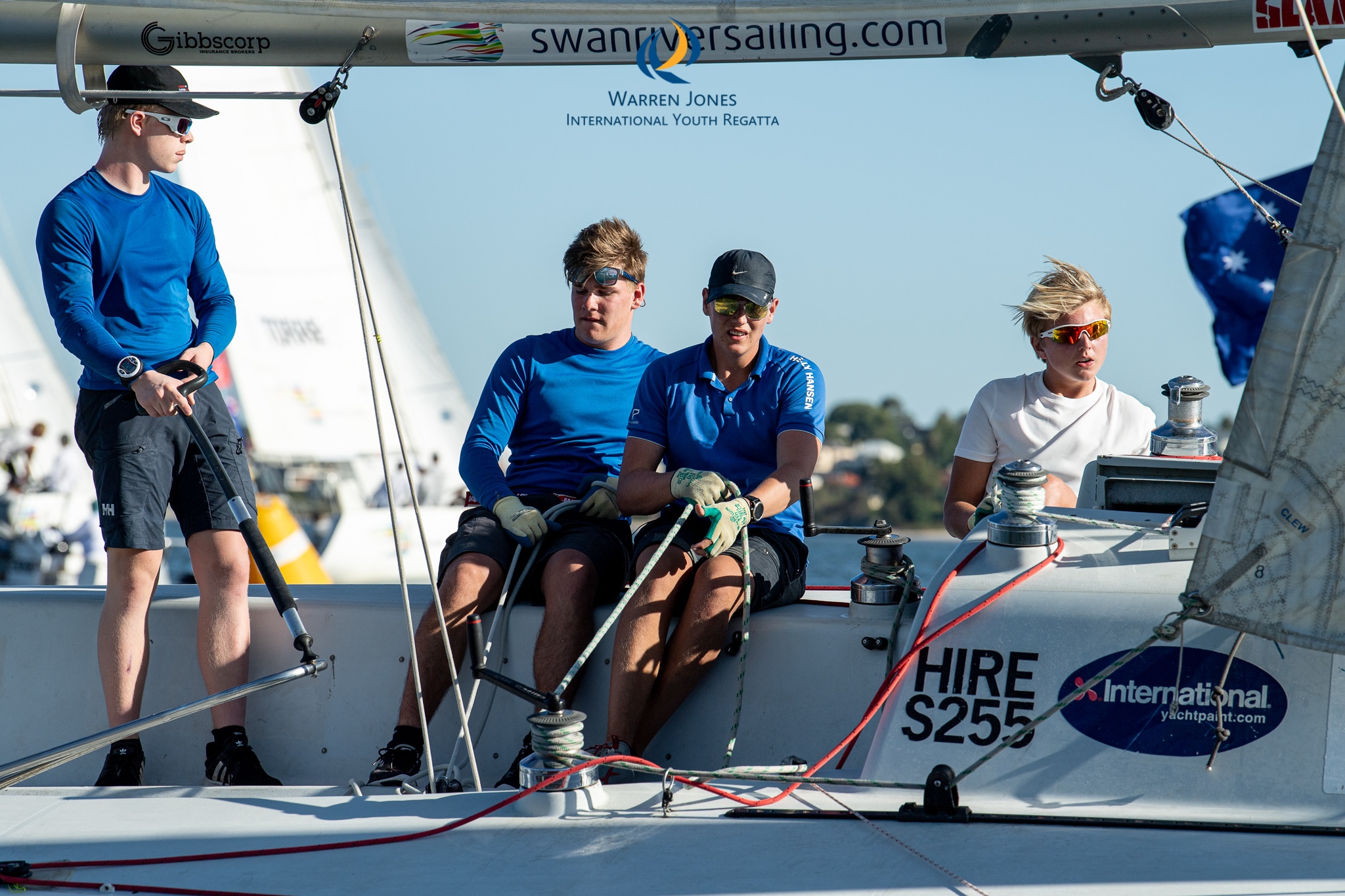 Day 2 of racing is underway today and will be followed by the official Welcome Function at the Reveley after sailing where competitors, volunteers, invited guestsa and sponsors will celebrate the start of the 2020 City of Perth Festival of Sail with an address from the Warren Jones Foundation, host club, Royal Freshwater Bay Yacht Club & the Chairman of the Commissioners of the City of Perth, Mr Andrew Hammond. 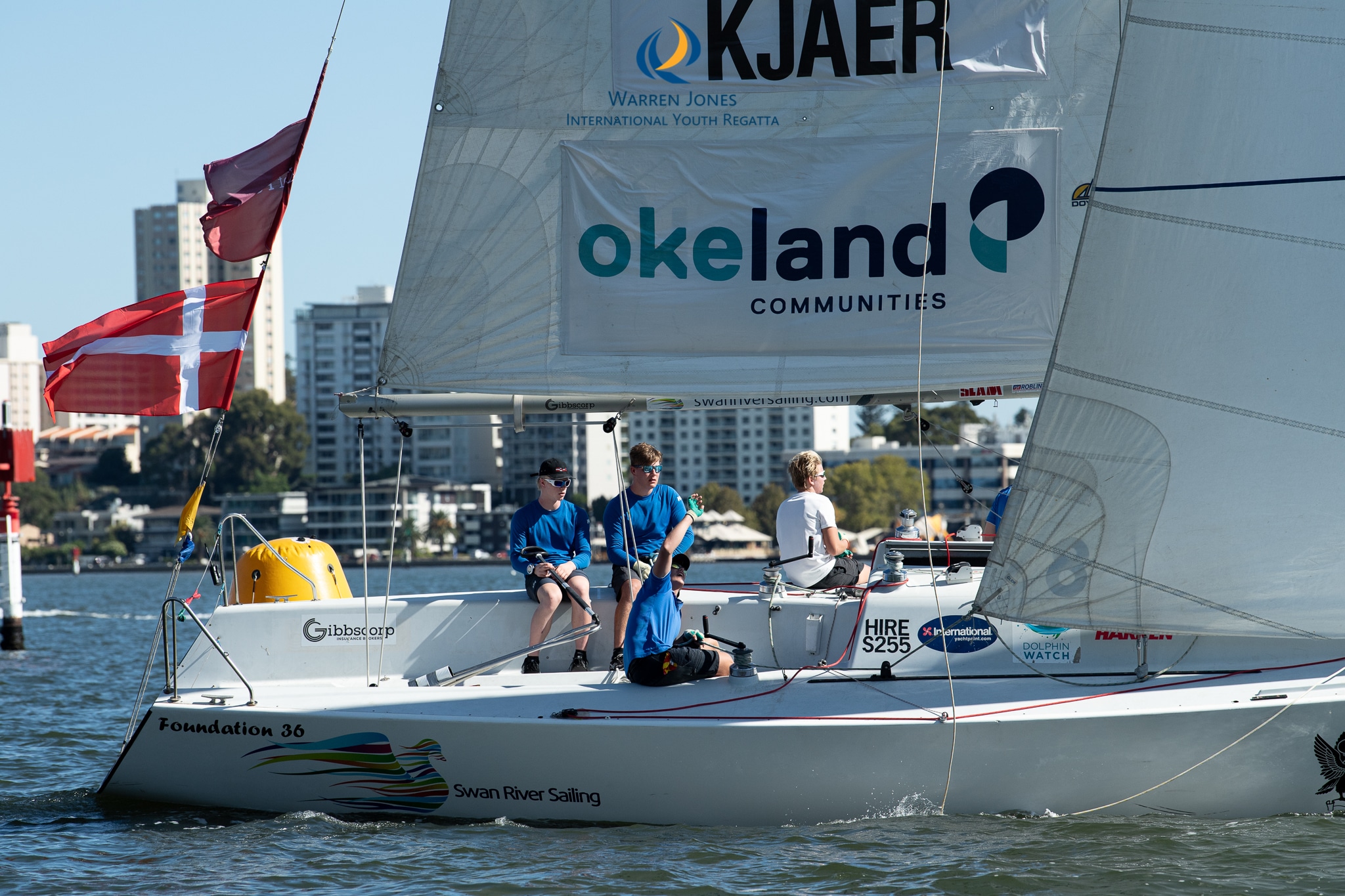 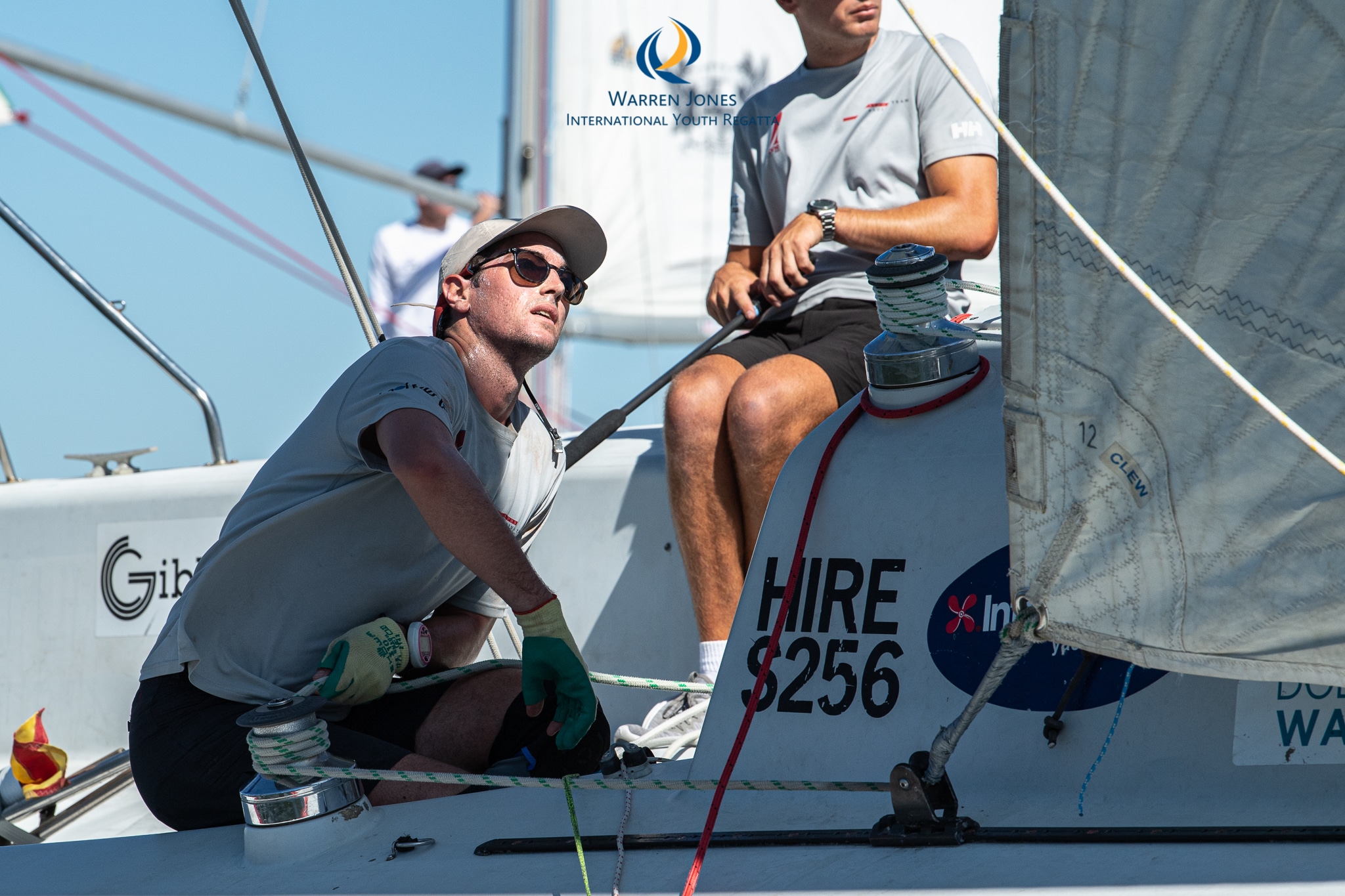 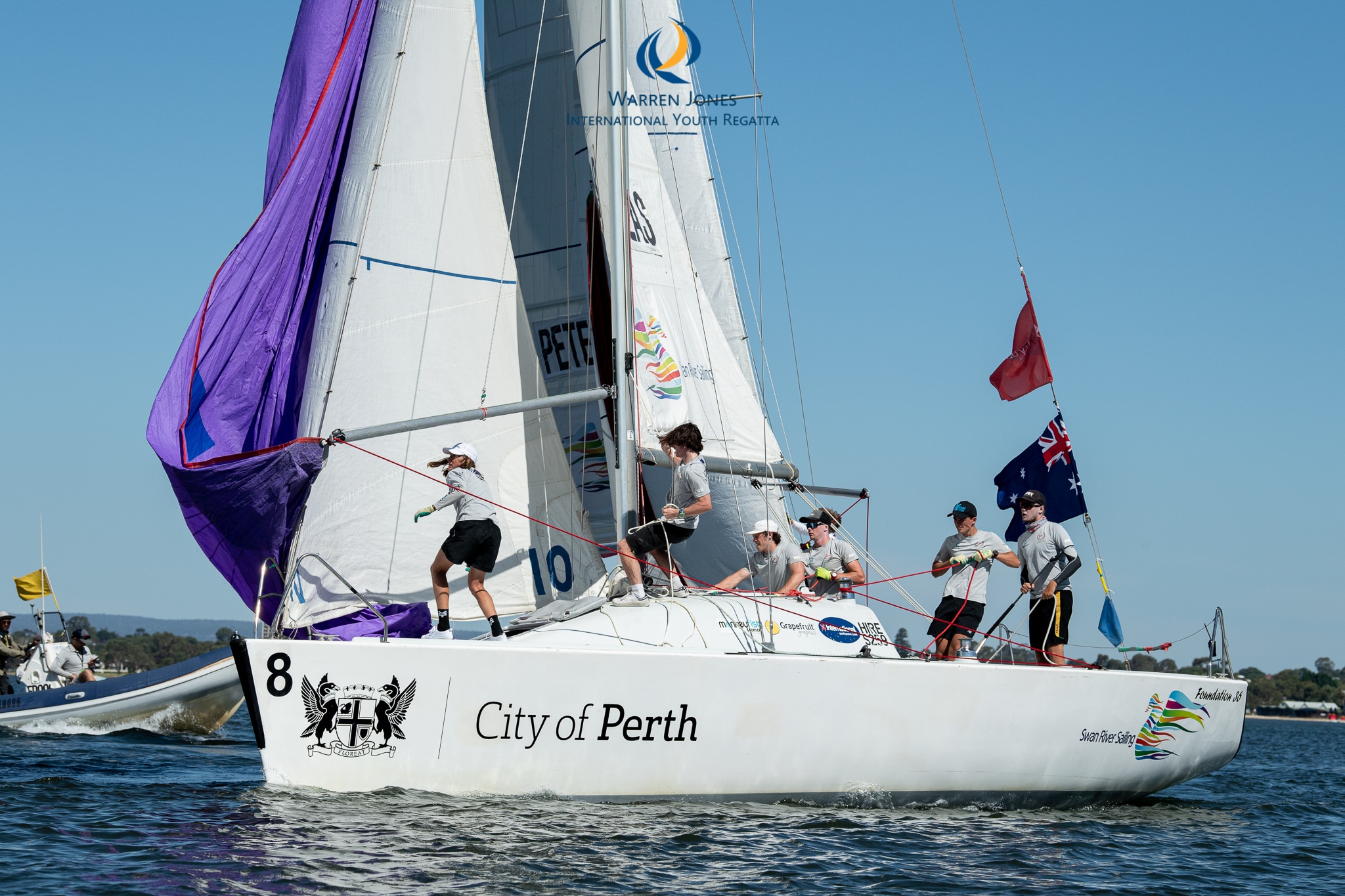 Listen to the Live Broadcast HERE