DAY FIVE OF THE 2019 CITY OF PERTH FESTIVAL OF SAIL

The City of Perth Festival of Sail started early again today with the Women on Water event. Over 60 corporate and entrepenurial women gathered on The Rooftop of The Lucky Shag Bar to hear from Olympic Gold Medallist Belinda Stowell and Parter at Lavan Legal, Jessica Patterson. Sailing has been a part of Jessica’s life since she was very young. Jessica spoke about how sailing taught her to multitask and reign in her competitive spirit. Jessica attributes her success in the corporate world to these skills she learnt from sailing. After hearing inspiring stories from both guest speakers, the women went out on the water and even got to experience a race!  The guests then went back to The Rooftop of The Lucky Shag for morning tea and networking. 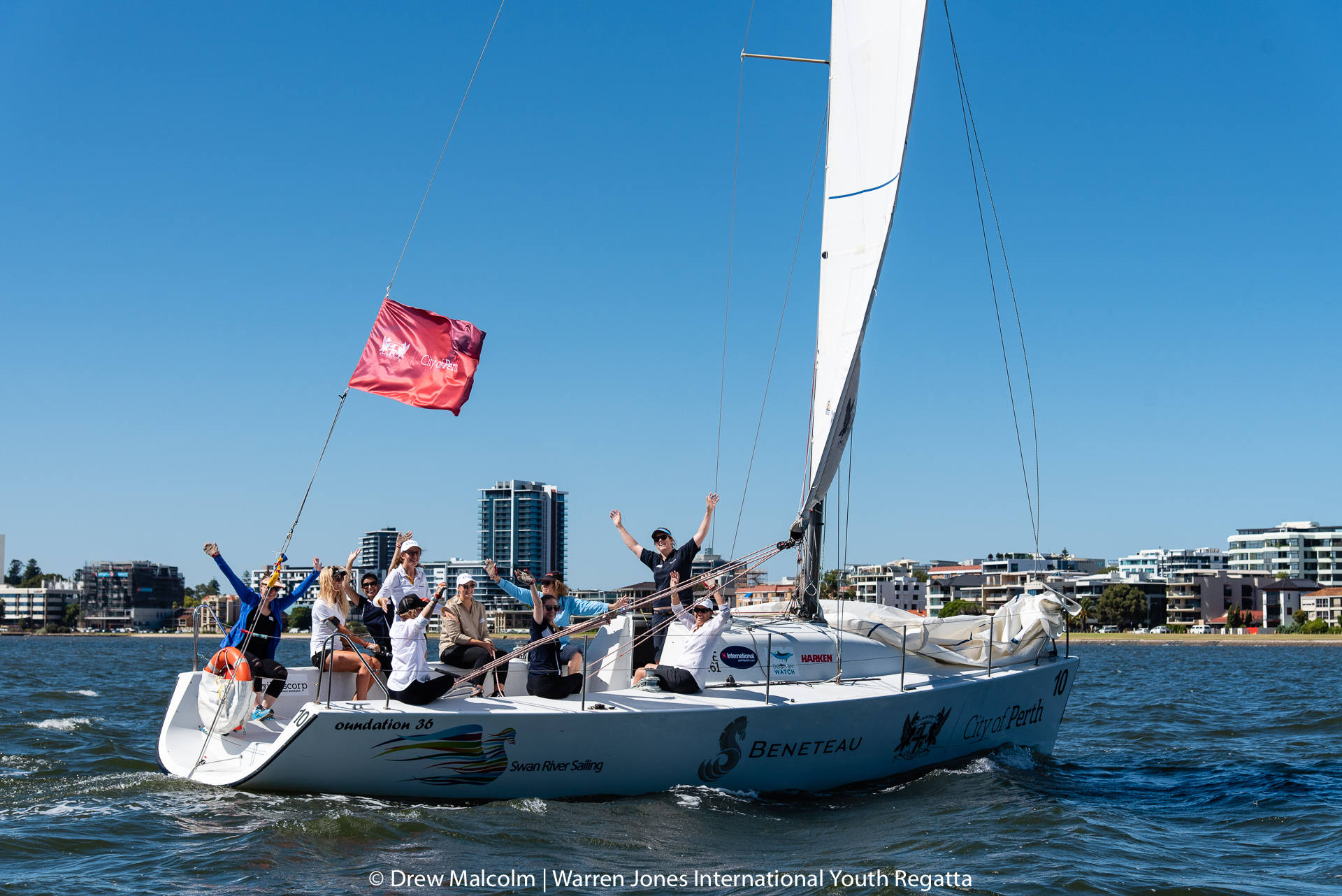 A forecast of 38°C and a strong easterly wind in the morning made it difficult for PRO Kim Laurence to get racing started. The AP flag went up early as the last puffs of the easterly proved too unstable for racing to get underway. After a long wait, the seabreeze made its way up the river and we were able to finish the second round robin. The battle to be in the top four for the Semi-Finals was between five teams: Price, Boulden, Egnot-Johnson, Van Beek and Grimes. At the beginning of the day, each team had three races remaining. Price had 16 wins. Boulden, Egnot-Johnson and Van Beek had 14 wins and Grimes had 12.

In order for Grimes to make the Semi-Finals, he was in a must win all situation. Grimes started with a strong win in their first match but was unable to pull together all three, leaving them in a credible fifth position overall. In an interview after the days racing, Grimes reflected on the regatta, saying they were a little bit worried coming into the event as they had thrown together a crew that hadn’t sailed together before and three out of five had never sailed the Foundation 36’s. After figuring out the boat, the team enjoyed its simple layout and the challenge of match racing a bigger boat. Their focus was on minimising errors within the lifelines so that Grimes was able to keep his eyes out of the boat. The team found that their wins came from being decisive, efficient communication, keeping it simple and shutting the game down early.  Grimes thanked their coach Jordan Reece and the outstanding support of The Cruising Yacht Club of Australia.

Egnot-Johnson won all three races today, leaving him tied for first with Price. Based on count back, Price is the overall winner of the round robin series and will choose his opponent for the Semi Finals tomorrow. Congratulations to the four teams that will be competing tomorrow!

After the racing, competitors and volunteers were treated to a BBQ at host club, Royal Perth Yacht Club. 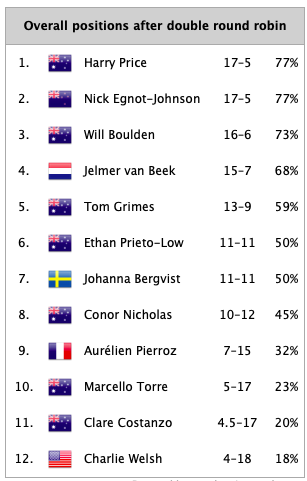